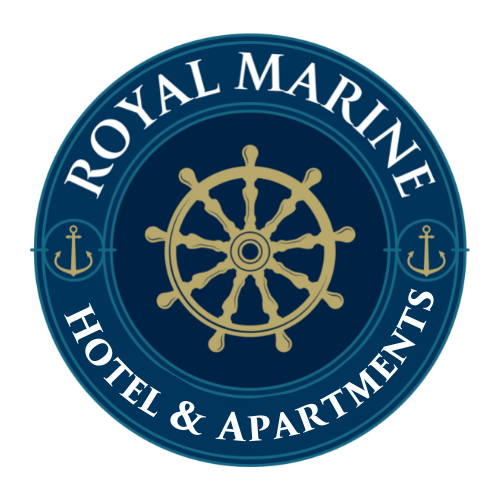 Situated in the coastal town of Kilkee, County Clare. The Royal Marine Hotel was first opened in 1886, one of two hotels to open in Kilkee that year. The demand for increased accommodation arose from the development of the West Clare Railway in 1892 and its positive impact on the mobility of the general public at that time.

The hotel has traded under many different proprietors and at one time was owned by a number of prominent Limerick business people, until 1978.

The legendary Cuban revolutionary Che Guevara, whose father's ancestors hailed from Galway, visited the hotel in 1962, where he was served whiskey for the first time.

Today guests of the Royal Marine Hotel can enjoy a whiskey or drink of their choice by the open fireside.

Why Book With Us?

Book Your Stay
Why Book With Us?